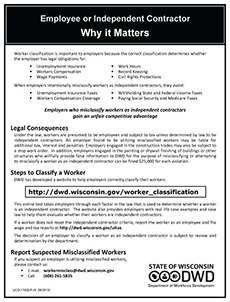 This handbook is intended to assist employers in meeting their obligations under current Wisconsin Unemployment Insurance (UI) law, Chapter 108, Wisconsin Statutes. This handbook is not a substitute for legal advice. For legal disclaimer see Section 7. 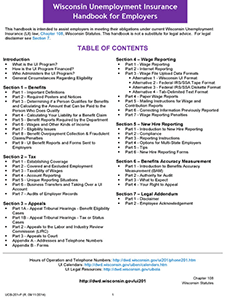 Occupations with the Most Job Openings

Looking for a job opening? Check out our list of 25 occupations with the largest number of projected openings during the 2010-2020 time period. Contact us at (920) 436-9887 to ask about the positions we have available. 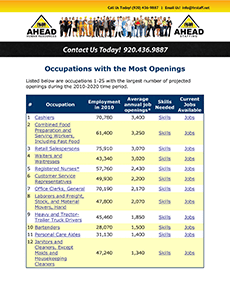 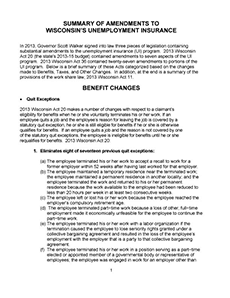 Wisconsin Evens the Score by Becoming the Twenty-Fifth
Right-to-Work State – So What Happens Now?

Wisconsin’s Legislature passed a “right-to‑work” (RTW) law on Friday, March 6, 2015, and Wisconsin Governor (and possible presidential candidate) Scott Walker promptly signed the bill into law today. Wisconsin has now become the nation’s twenty‑fifth state to exercise the option to have a right‑to‑work law. This article provides a brief summary of the law and offers some thoughts about what may happen next. 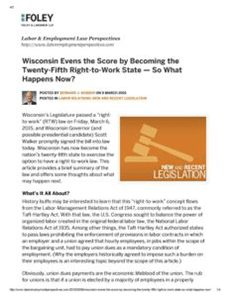